And the answer, according to a new publication, is…aspirin. Good old acetyl salicylic acid. PaleoPathologist has been taking an aspirin a day for many years; I use generic enteric coated “baby aspirin” (75 mg) because it seems to work as well as anything and costs basically nothing. As the article states, higher doses don’t seem to add much except side effects. The most common side effect is stomach upset or even gastritis and bleeding. As always talk with your doc about this since some people have higher risks of bad side effects. 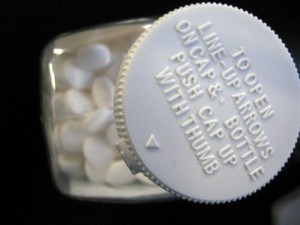 Apparently. Here is a link to a brand new review article on exactly that subject. If I were a diabetic I’d be on the low carb ketogenic diet in a heartbeat…oh, wait, I already am.  I have a friend who is doing paleo-autoimmune for various conditions, a type II insulin dependent diabetic, and she is now completely off insulin. I’ve also heard type I diabetic physicians interviewed who say their blood sugar control is much less brittle if they restrict carbohydrates. (They still need some insulin, but not nearly as much and their Hemoglobin A1c levels are better.)

Please note there is a big difference between type I and type II diabetes!  Type I usually means the pancreas cannot make insulin, while type II usually means your body has become insulin resistant no matter how much insulin your poor pancreas tries to pump out.

And please don’t just “go low carb” without getting with your own physician. I hear reports of people’s insulin requirements dropping in a few days and you could get hypoglycemic without guidance. Dangerous and unpleasant. Test, test, and talk with the doc. Give them the link. My blog is definitely only for education, not for individual health advice.

What experiences have you had with diabetes?  Ever try a decent low carbohydrate diet?

This is a fascinating hypothesis. I’ve just scanned the article and am far from a molecular biologist; I’m just a simple country pathologist, but I work in a cancer hospital and wonder why we see so much of it around here? Today I made the diagnosis of colon cancer in a 39 year old! And I see squamous cell carcinoma, like the picture below, every week. 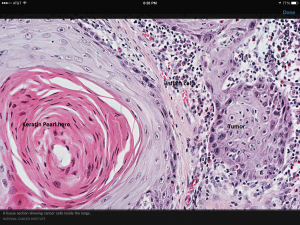 PaleoPathologist  has been around the block with snake oil salesmen, cons, and the worst of all, well meaning people who are just out and out wrong. The gut thing has been the source of all three of the above for centuries. People used to invent machines that would pump water through you at high speed to give you a good colon cleanse. Of course some people died from water intoxication causing electrolyte problems, but hey, “they were probably too far gone to survive the treatment they needed”, right? 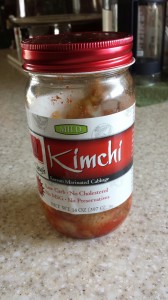 The Paleo community has some thoughtful people but there are fringes that I at times am afraid of and many are in the “gut flora” camp. Imagine my chagrin when this article came up on Medscape, announcing that serious immunologists think that Lupus (SLE; systemic lupus erythematosus) may have disordered gut bacteria as at least part of the cause. Humility, PaleoPathologist, humility.

PaleoPathologist spent four years doing microbiology research back at Mr. Duke’s in North Carolina. Go Blue Devils. I cannot even imagine doing research on the gut flora; hundreds of species, predominantly anaerobes which are a pain to grow, trillions of mathematical combinations, and besides, it smells bad. I am so glad that there are people who feel the calling to investigate this area.

In the meantime PaleoPathologist will be snarfing kefir, kraut, and kimchi. Incredible Wife grew up in the southern USA and she says, “Every child should eat some dirt!”

So what do you do about YOUR gut flora?